The 10 subclasses for the ‘concentration of chemical component’ class in Protégé ontology editor. The equivalent axiom was designed as follows: ['concentration of' ‘glucose’ and 'inheres in' some ‘material entity’]. All the cross-references from the FCDBs/FCTs are summarised in a lookup table deposited in CDNO GitHub repository. This class may be used to represent quantification of components described in the ‘dietary chemical component’ class in conjunction. Concentration data are intended to be described in conjunction with post-composed metadata concepts represented as FoodOn ‘organismal material’.

The ‘concentration of’ terminology

The term ‘concentration of’ [PATO:0000033] has been reused from the Phenotype And Trait Ontology (PATO), and describes the amount of a dietary chemical component when measured in some material entity. Although there are different types of concentrations and contents, the term ‘concentration of’ is used to describe chemical analysis with units of measure, where the units consist of mass/mass (e.g. mg/kg; %, ppm etc.) or mass/volume and may be expressed on a dry or fresh weight basis. 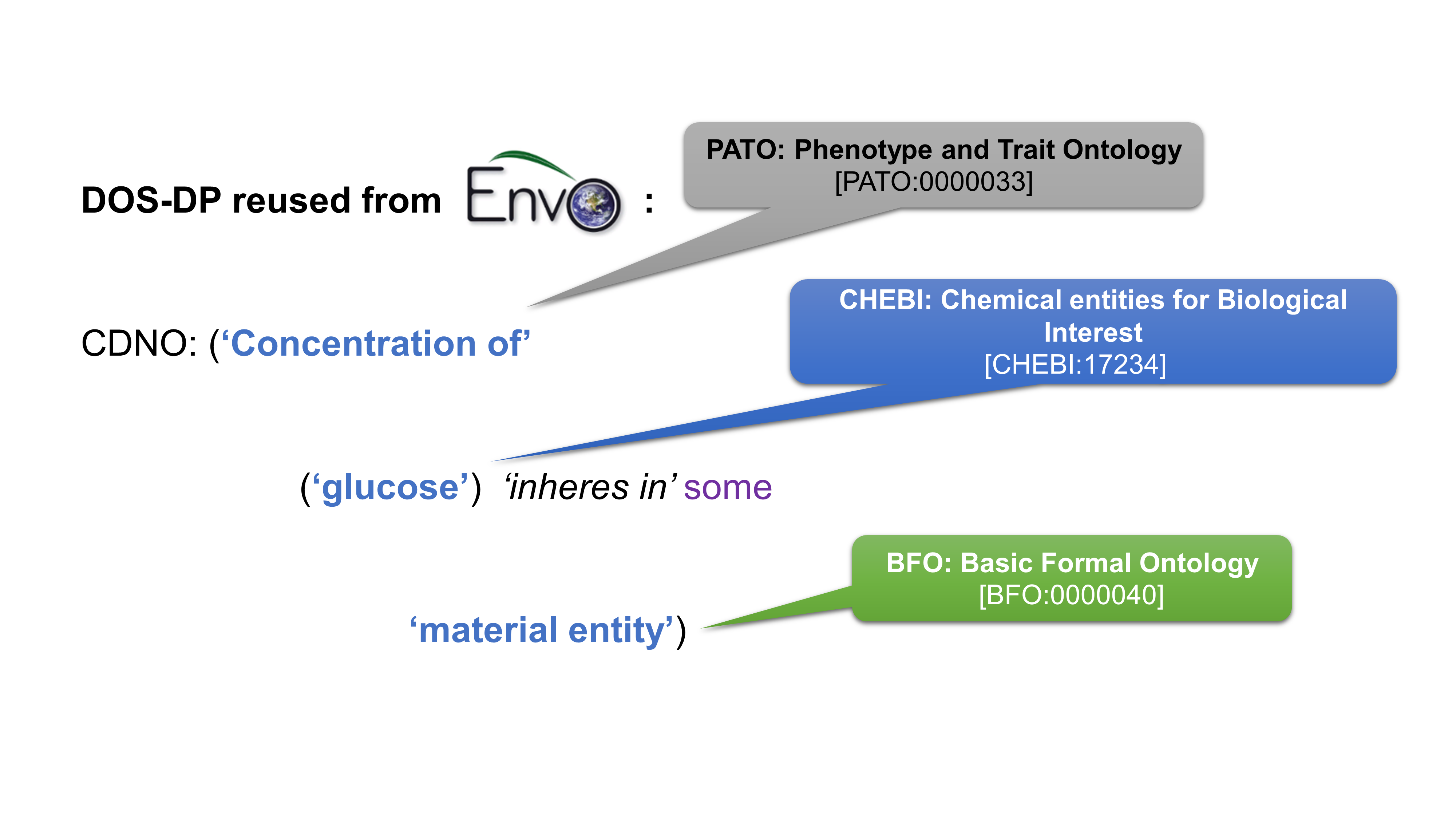